The game is a very simple game as it is meant for kindergarten students to play with. The basic knowledge to be able to play this game is to be able to differentiate numbers and comparison of numbers. The knowledge of addition is also recommended to be able to go through the boss level, but it is not necessary as the first few stages of the game does not require them. In short, the game is playable for kindergarten students with and without the knowledge of addition of numbers but it can only be completed if one has the knowledge to do so. To make the game interesting, the game has a specific theme in which is plane shooting. The theme is picked because more and more children are more fond to airplanes rather than cars or boats and hence, making the game more fun and addicting.

The objective of the game is simple. It is to make kindergarten students to get familiar with numbers and comparisons, in this case is which is the smallest number among the three numbers. The game is a very educational game but on the other side, it is also fun and addictive. After the kindergarten students are able to play this game and get familiar with it, it should make their understanding of numbers increase and are able to tell which is the smaller and the bigger number.

After the game is run, the starting screen will appear. It will look as follows: 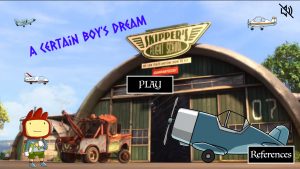 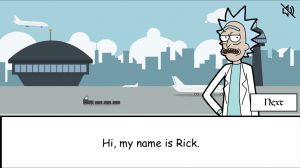 In this part of the screen, it involves interaction with the kindergarten students. The game provides a story for the target user to follow through and enjoy. In this screen, keep on clicking the NEXT button and the story continues until the PLAY button is there instead of NEXT. The PLAY button will appear at the following screen: 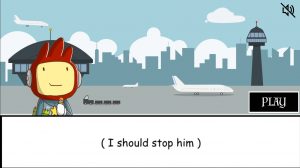 After the PLAY button is clicked, the tutorial page will show. In this page, the target user is introduced on how to play the game. The tutorial screen is as follows: 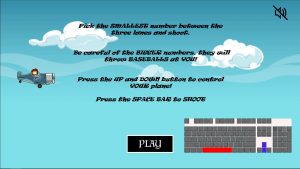 Click the PLAY button and now the game will play. The game screen is as follows: 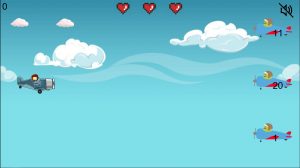 Lets use the following screenshot of the game as an example on how to play the game. The game is simple. It consists of three lanes and a wave of planes that goes through the lane at the same time. It is required for the target user to choose which lane has the smallest number. In this case: the smallest number compared in the three lanes is the bottom lane which holds the number “1”. The target user needs to shoot the plane with the “1” label on it. The result will be as follows: 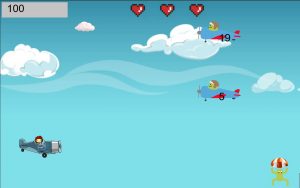 The user will then get a score of 100. If the score manage to reach 1000, the boss will appear. The following screen will show what happens if the user shoots the wrong plane. It will shoot a baseball back at the character through the lane as follows: 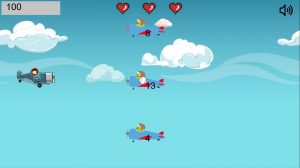 If the player is hit by either the baseball or the plane? The loser will lose one health. The following screen will then show: 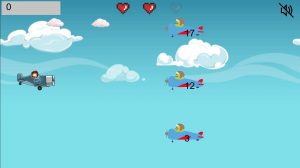 After the player’s health pool is depleted, the player will use and this screen will show: 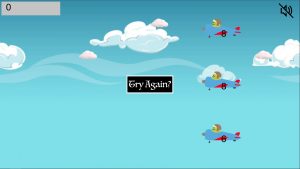 If the TRY AGAIN button is clicked, the program will then redirect to the start page and the game will restart. However, if the user manages to reach a score of 1000, the game will shift to the boss stage. The boss stage’s concept is the same as the game, but instead of raw numbers, it will give an addition of two numbers. The boss stage is as follows: 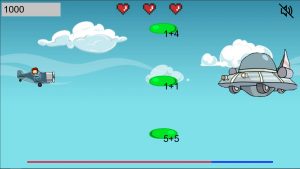 The boss will shoot slime out through a portal. In this stage, if the user can shoot the right slime, the slime will be destroyed and there will be more room to shoot the boss. However, if the wrong slime is shot, the number recorded on the slime will change and may change the correct answer. After the boss’ HP bar has depleted, the game will move to a next stage in which is like the first part of the game however, it is unending. Directly after the boss is beaten, The next story lines will appear. The story line are as follows: 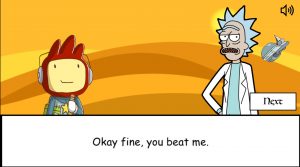 Keep clicking the NEXT button until the stage begins again. After this stage, the game will continue endlessly.

This entry was posted in Uncategorized. Bookmark the permalink.